Become a CustomerBecome a Vendor 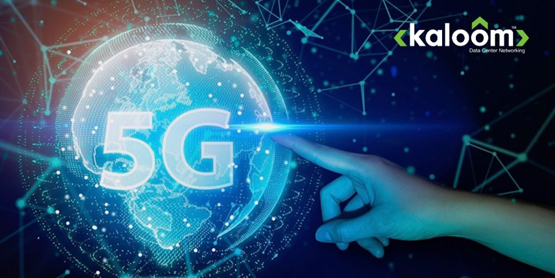 After years of planning, hype and anticipation, 2019 saw the initial rollouts of a revolutionary new technology – 5G is here at last! 5G will see significant growth starting this year with an explosion of deployments in 2021. As a startup with forward-looking technological and market aspirations, we at Kaloom couldn’t be more pleased to have the opportunity to help our service provider clients accelerate their 5G deployments and enable profitability.

As with all broadband upgrades, the combination of the cloud with 5G continues running the treadmill of higher speeds driving new apps which in turn continues driving demand for increased broadband. In a recent example from SK Telecom, the average monthly data usage of subscribers who switch from 4G LTE to 5G has doubled and 5G subscribers are using seven times more VR services, 3.6 times more video streaming services, and 2.7 times more game services than LTE customers.

However, 5G’s massive increase in capabilities cannot simply be implemented with the installation of new antennas at the endpoints. Supporting the extreme low latency needed by these next gen applications requires an entirely different architecture, one that moves broadband access and compute closer to the end user at the network edge. This means increasing the number of distributed edge data centers, or virtual central offices, by an order of magnitude.

There are technical and financial challenges to solve before 5G becomes a ubiquitous reality. As the bandwidth, the number of connected devices and the number of edge data centers explode, a new business model is required that is enabled by 5G’s software defined technical underpinnings. Radically lower cost (CAPEX) per Gb/s of IP traffic must be combined with radically lower OPEX per edge data center so that reduced costs of acquisition, instantiation of apps and services, and day-to-day management enable profitability. Initial deployments are occurring in dense urban areas where the cost can be amortized among more users and there is greater potential for additional uses among tech, industrial, manufacturing and a variety of smart city applications.

Implementing 5G requires such massive scalability that managing the resources required can no longer be performed manually. Networking, compute and storage resources must be automated to effectively scale. Networking solutions require elements such as self-forming and self-discovery capabilities, zero touch provisioning and automatic software upgrades to minimize human intervention and errors while saving time, cost and effort.

4G and VMs Will Persist

Where it makes sense, service providers will keep their 4G infrastructure investments running until full 5G rollouts are economically justified. Mixed 4G and 5G deployments, such as a modern 5G cloud edge coupled with a pre-existing 4G core, could help accelerate new revenue opportunities and profitability at the edge. With 5G-enabled secure, end to end, fully isolated network slicing, it’s even conceivable that different service providers – for example MVNOs – could share the same physical network resources while maintaining different SLAs and offering differentiated services. This could enable initial 5G service rollouts while minimizing costs, and risks, via shared infrastructure.

5G has been designed for higher scalability, is container optimized and has a mobile packet core that is more widely distributed to meet the ever-increasing demands of mobile data at the edge. In 5G, 4G’s Evolved Packet Gateway (EPG) has been split into two components; a data plane function called User Plane Function (UPF) and a control plane function called Session Management Function (SMF).

To address the many challenges of supporting 5G and low latency apps at the distributed edge, last fall Kaloom announced a programmable multi Tbps UPF that can either be integrated into its fabric or can be deployed as a standalone node. Kaloom’s UPF solution works with both server-based and switch-based environments, depending on the customer’s requirements. It provides improved performance at a fraction of the cost while significantly lowering network latency from seconds down to milliseconds to meet the demands of latency sensitive applications such as IoT, AR and VR. To learn more about Kaloom’s standalone 5G UPF solution, download our product brief here.

How can we help you?

Our customer service standards provide information on how we will handle your enquiry. There is also compliments and complaints information to help you when you lodge feedback with us.